Chimney Rock at Point Reyes National Seashore is an easy hike where you can see a wide variety of wildflowers. There are many that are found only in California (endemic), and several that are listed as rare and endangered by the California Native Plant Society. There is an interesting lighthouse nearby (with more wildflowers!), and if you go at the right time of the year you can see Elephant Seals.

The trail from the parking lot to the end of the trail is not quite a mile long. It is an easy trail, although it isn’t wheelchair accessible. Be careful near the cliffs, and stay on the trail. The main issue here is the wind – this is a very windy and exposed area. Check the weather forecast before heading out there, if you want to take flower pictures.

There are wildflowers all along the trail, so keep your eyes open. Note that the sign at the beginning of the trail isn’t totally accurate, a few of the plants that it shows are mislabeled, and the Checkerbloom species they list isn’t actually found at this location (it is a marsh-loving variety). At the very end of the trail there  is a little loop, with one side dipping down behind the headland. This tends to be protected somewhat from the wind, and it is a good place to look for wildflowers that you might not see in other places, such as the Coastal Larkspur.

Chimney Rock is located at the eastern end of the Point Reyes Headlands. Allow 45 minutes for the drive from the Bear Valley Visitor Center. I recommend visiting the Point Reyes National Seashore website and downloading a park map.

Parking is limited, and it can be very crowded on weekends. At the height of the elephant seal season the National Park Service will close the road leading up to this area on weekends, and run a shuttle bus from the South Beach area.

If you visit Chimney Rock from late December through mid-April, I recommend walking to the elephant seal beach overlook. You can’t get down to the beach due to the elephant seals. I have some pictures in the gallery of the seals from this visit. There also are many wildflowers along this path in the spring.

I also recommend visiting the lighthouse that is at the end of the road, past Chimney Rock. Again, the parking lot can be really crowded, even on weekdays. If you go here, at the parking lot immediately to your left as you face the path to the lighthouse, there is a small trail up onto the rocks. Lots of wildflowers to see up there!

This visit was on a clear (but windy) day in late March. I’ve also visited this area later in April in other years. Depending on the weather, you should be able to find wildflowers of some sort from early March through possibly as late as May.

Here’s a sample of a few of my favorites from this hike. Please feel free to correct any errors I may make.

Douglas Iris are plentiful along the trail at the top of the headland. These tend to show up late March into early April. 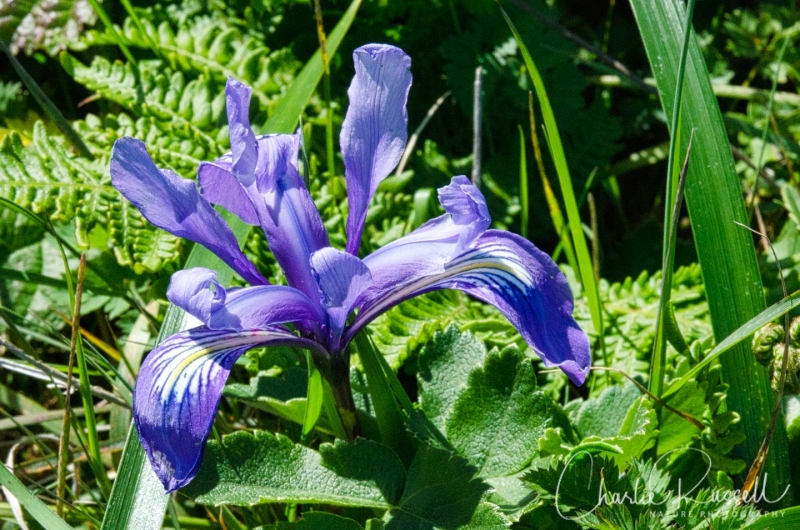 San Francisco Owl’s Clover is listed as a rare/endangered plant by CNPS (California Native Plant Society). It is found only in California. This one is mislabeled on the sign at the trailhead. 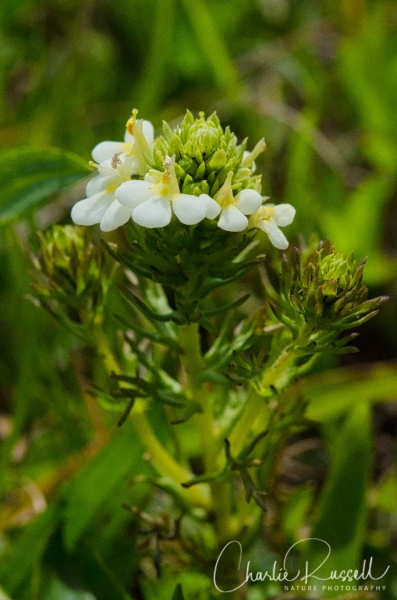 Headland Wallflower is another plant on the CNPS rare/endangered list. These were found at the very end of the trail. 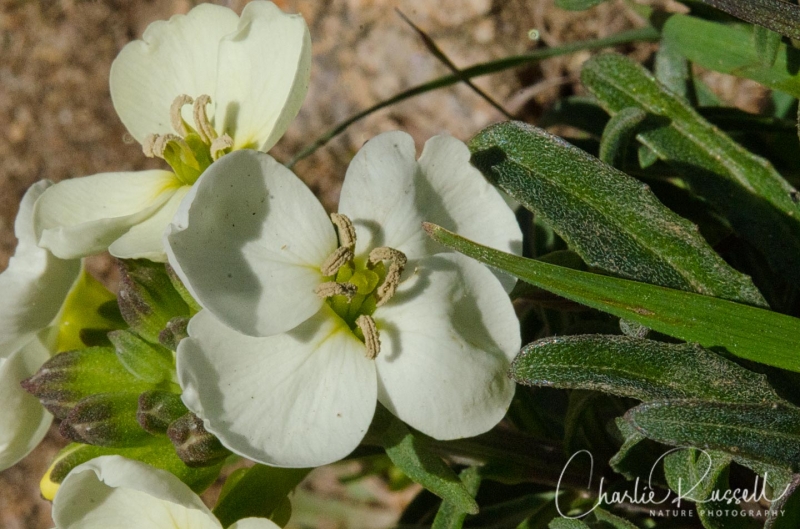 Perennial Goldfields is much larger than the typical small vernal pool Goldfields that I’m used to. These flowers are several inches across. I found these at the lighthouse. It also is listed as rare/endangered by CNPS. 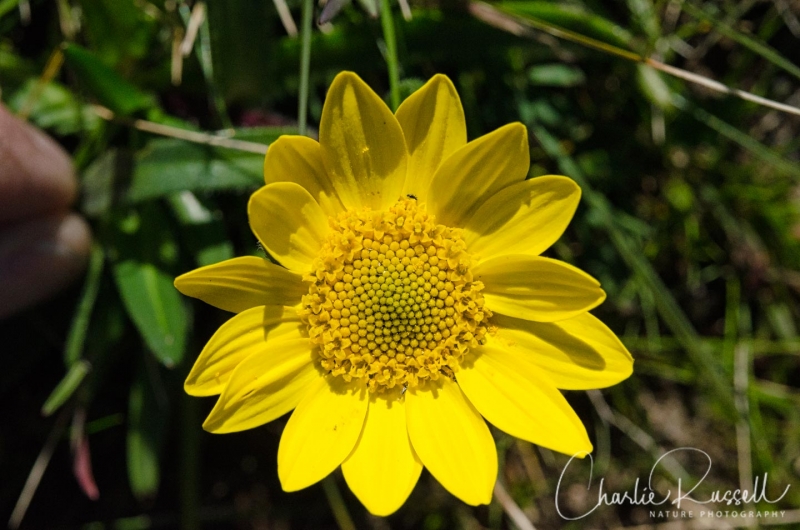 You can scroll through the photos below, or if you click on one it will show you a larger view with more detailed information (and an easier scroller to work with). All photos are available for purchase in a variety of formats. Many of these are from the Chimney Rock trail, a few are from the Elephant Seal trail that is nearby, and others are from the area around the lighthouse.

Here’s a listing of what I found on this visit: