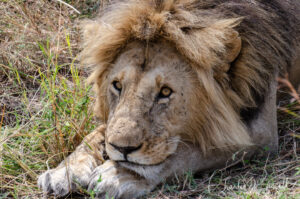 The Maasai Mara region of Kenya is an amazing place to visit to see wildlife. It is located in the southwestern portion of Kenya, along the border with Tanzania. Here’s a selection of wildlife photographs (and some flowers!) from our most recent visit.

This is our second visit to the region. The first time, we thought this would be a “once in a lifetime” experience, but we enjoyed it so much that we just had to visit the Maasai Mara one more time (along with a visit to Rwanda to see the mountain gorillas). It is such an amazing place! On this trip we visited the  Olderkesi Conservancy in the southwest corner, which is owned by the Maasai people and managed cooperatively with the Cottar’s Wildlife Conservancy Trust.

The stars of this trip had to be the Cheetahs. We saw several family groups on multiple occasions, almost always with three cubs there were around 3 to 4 months old. Cheetahs typically have a litter of 6, it is not unusual to have just 3 remaining by this age, and you expect only one to survive to adulthood. Life on the savanna is tough! 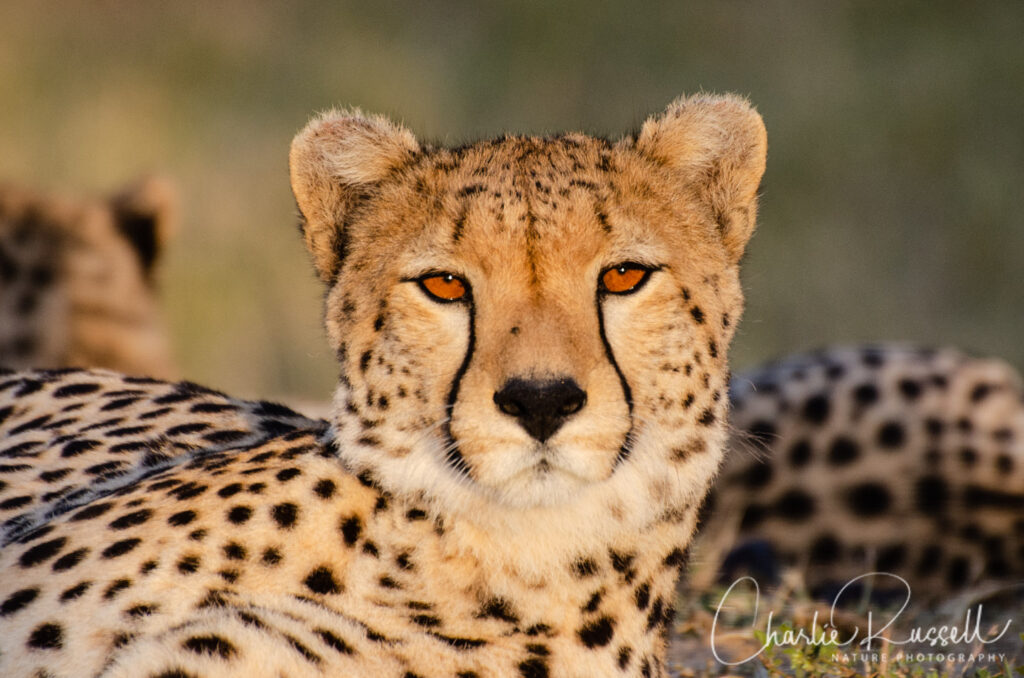 We didn’t see as many lions this time as we did when we visited a more northerly portion of the Maasai Mara a few years ago, but they were there! 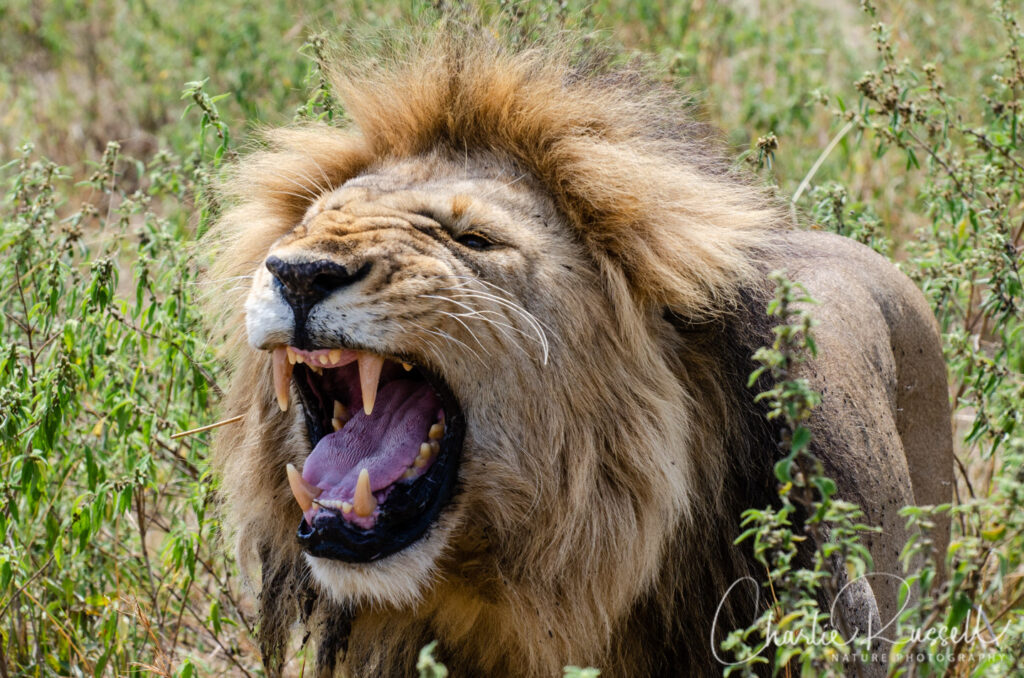 Southern Lion, Panthera leo ssp. melanochaita. Grimacing to test the air with Jacobson’s Organ (in the roof of his mouth), to see if female is ready to mate

Giraffes! I love giraffes, and we found lots of them in multiple locations. They were a bit skittish, so it was hard to get a good shot of them. There are three sub-species of giraffe in Kenya, the ones found here are the Maasai giraffe. Note the irregular shapes of their spots. 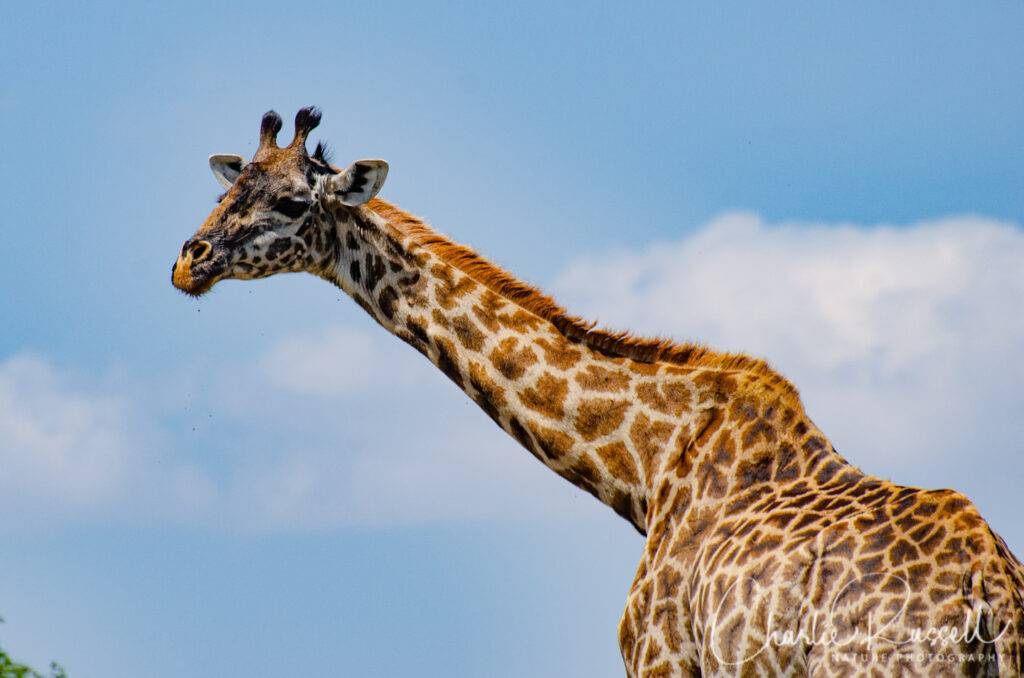 If you click on lightbox image below you will be able to scroll through larger versions of the pictures. All photos are available for purchase in a variety of formats. Please note that some of these photos were taken by me, some by my wife.

You know that you are going to see many different animals when you visit Kenya, and I always enjoy seeing lions, cheetahs, elephants, and giraffes. What surprised me on this visit was the diversity of birds that we came across!

Ostriches, of course, you would expect. The Maasai ostrich can be identified by the striking pink legs of the male. Certainly the largest birds you’ll see! 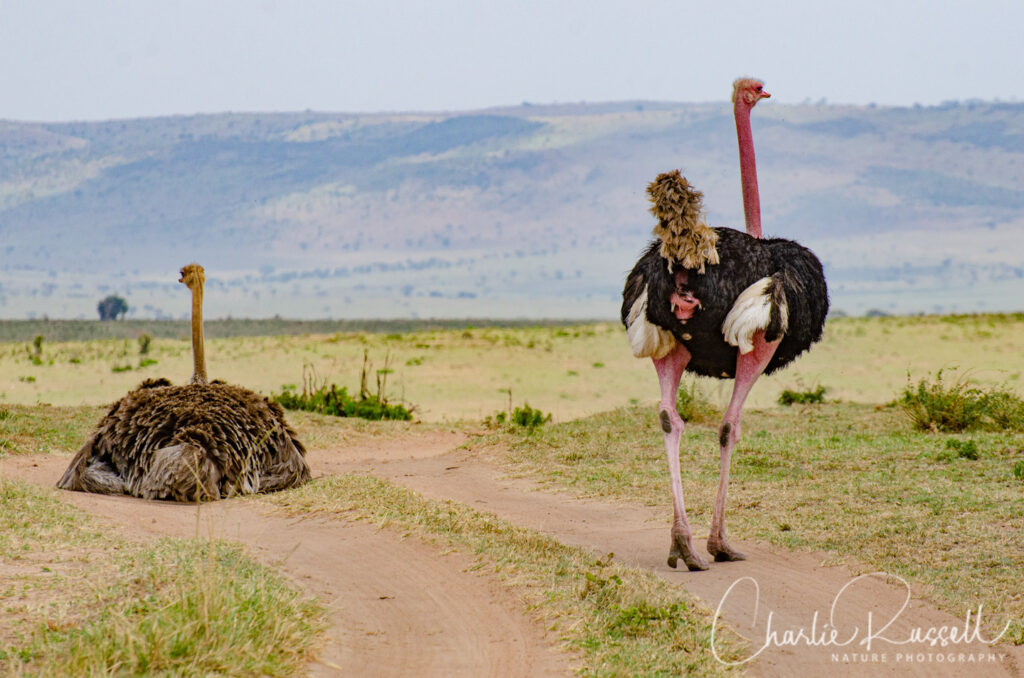 Secretary birds are very interesting. They are one of several birds in the area that eat snakes, and they must be effective because we never saw any live snakes. This shot is of one in the top of a tree (it was eating a snake), and we saw another that was stalking along parallel to the path we were riding on. 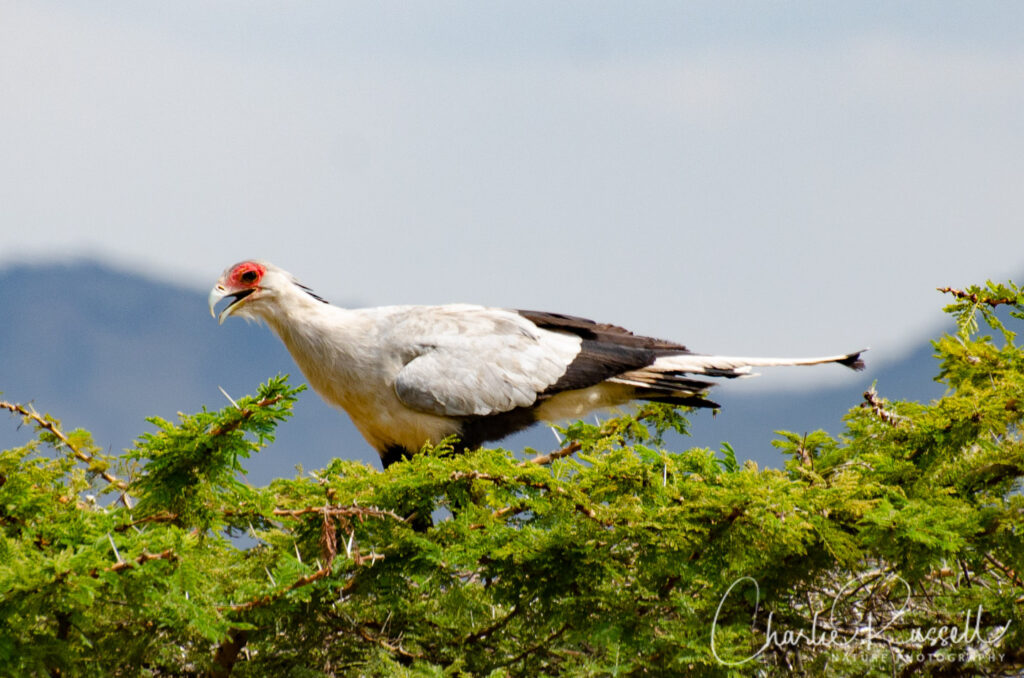 Smaller birds were tough to photograph because I don’t really have the proper kind of camera lens for birding. These Little bee eaters stood out because they were so bright, but we couldn’t get too close. 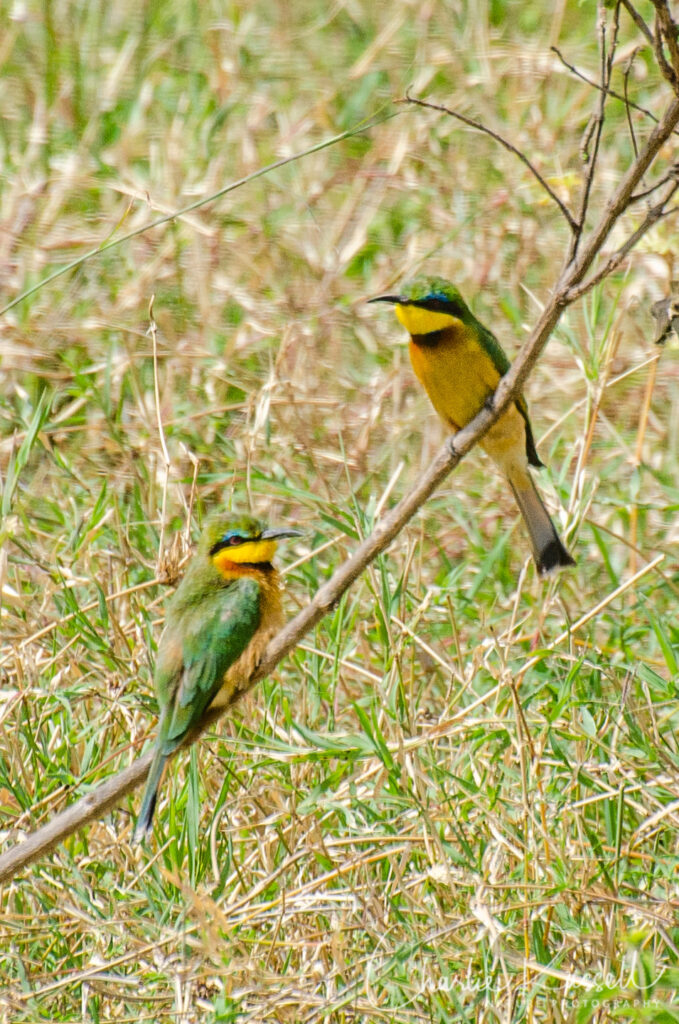 Click on the lightbox image below to see larger versions of our bird pictures.

If you go to Kenya, I highly recommend visiting the Maasai Mara. There is an amazing abundance of wildlife, mostly found in areas that are managed by the Maasai people themselves (and often with conservancy organizations that assist them). You will have a wide variety of lodging and safari options here.

This visit was in August of a very dry year. The grasses were drier than usual for this time of year. On our prior visit we came in July in a wetter year, and things were greener. Late July and early August are a good time to visit the Maasai Mara because that is when the “great migration” arrives from the Serengeti to the south (in Tanzania). Large herds of wildebeest and zebras, along with many other animals. And you may see lots of cubs from the various “big cats”, since there is so much food around for them!

If you plan on visiting the Maasai Mara, I think it is best to work with a travel agency that has a lot of experience with this part of Africa. I know people that have made their own reservations, and people that have gone on group trips, and they’ve all had enjoyable experiences, but if you want to get the most out of your visit you want to work with someone that can create an itinerary that fits your specific interests.

For this trip we used Custom Safaris, the agency that we also used on our prior trip to Kenya. I highly recommend this company, the service they provide is outstanding. Not just in the planning stages, but throughout the entire trip. They’ll work with you to ensure that you get to see what you really want, they’ll prepare you for all of the issues you may have to deal with, they’ll just about hold your hand throughout the entire visit. Custom Safaris has an office in Nairobi, which is helpful. Nairobi airport can be a confusing place, and Custom Safaris greeted us as soon as we got off the plane (right on the tarmac!) to quickly guide us through passport control and customs. We then had a personal guide at every step of the trip, without having to share a safari jeep with other people. Amazing service! 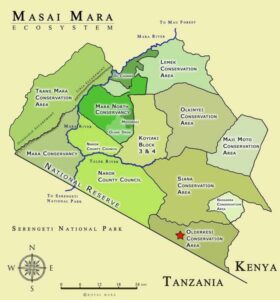 For the Maasai Mara portion of our trip we stayed at the Cottar’s 1920’s Camp, which is located in the Olderkesi Conservancy adjacent to the Serengeti and Maasai Mara. This is a high-end camp with outstanding facilities and service. The camp has a small number of tents, but they are well appointed (showers, flush toilets), the food was excellent (they have a garden to grow their own fresh vegetables), and even a wonderful swimming pool.

Our guide, Douglas Nagi, had an amazing bounty of knowledge about the animals and plants that we saw, as well as detailed information about the culture of the local Maasai people. He was assisted by Matura, our Maasai spotter, who had an uncanny ability to spot the animals that we were looking for.

Cottar’s offers a variety of experiences. Most of the time we were on game drives, usually one in the morning and one later in the afternoon. All of the animal photos I showed earlier were from these drives (or, from the grounds of the camp itself). If we left too early for breakfast at the camp, or if we were going to miss lunch, they provided an excellent “bush meal”. Here’s a photo of the “simple” lunch that was provided to us on our first day as we drove in from the airstrip. 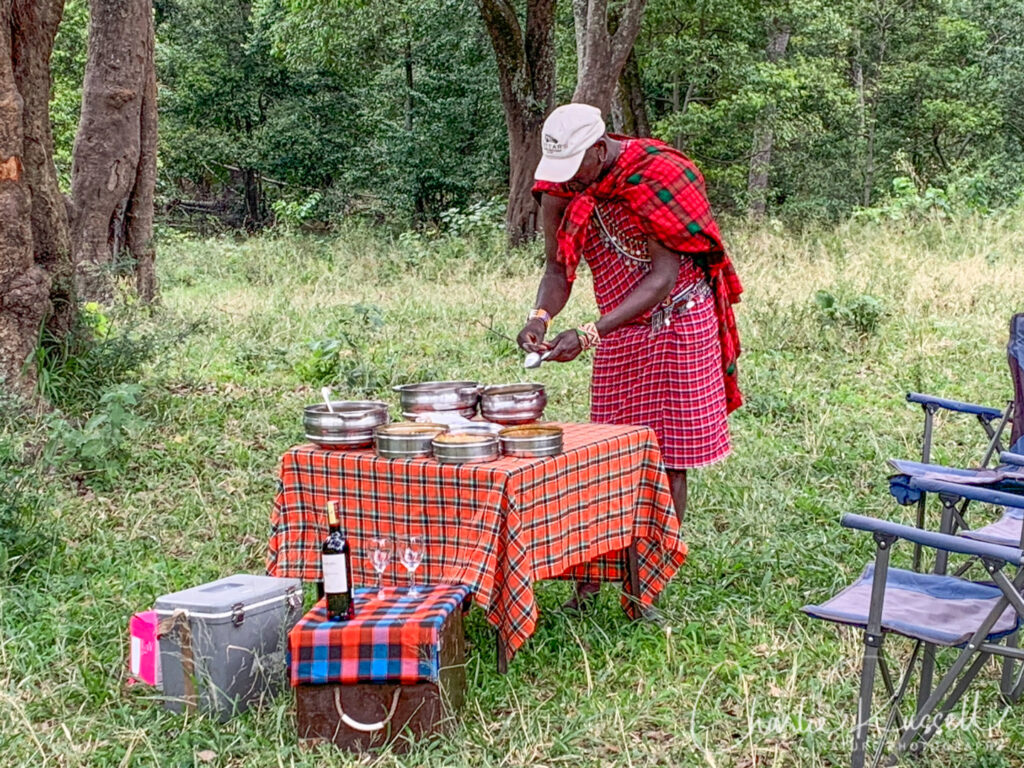 Just a simple lunch on the way in to camp from the airport. That is Matura, our Maasai spotter

One afternoon we went on a “bush walk”, an interesting experience where you actually have a chance to get out of the vehicle and take a guided walk through the savanna. This was an easy hike of a couple of miles through relatively open and flat country, and we learned quite a bit about the area (such as, don’t lean over to look into the “cooling towers” of a termite mound, there might be an unpleasant surprise waiting to jump out). 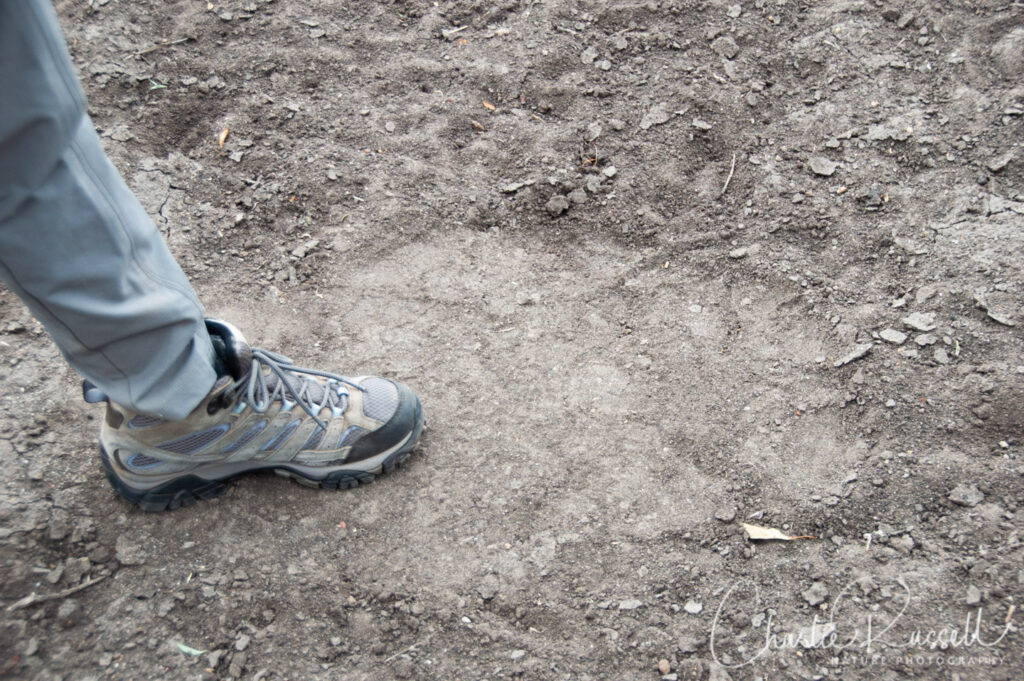 Footprint of a very large African Bush Elephant, with my wife’s foot inside for comparison 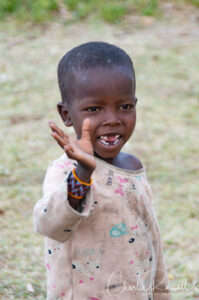 Another wonderful experience was a visit to a local Maasai village. I’ve resisted these kinds of visits in the past, at other areas we’ve visited in Kenya, because I have this vision in the back of my mind of an artificial “event” where the tourists show up and see an artificial “show” that people put on. However, that wasn’t our experience at Cottar’s. The Cottar family has created the Cottar Wildlife Conservation Trust, and as a part of that they support the local Maasai community. They’ve done things like improve water supplies, created schools for the children, and provided employment for many people. They also are working with the community to preserve their culture, which can be difficult task. In our visit we were greeted by so many children, all of whom came up to ask a “blessing”, which you give by laying your hand on the top of their head. Then one of the children said “high five”, and everyone had to come up again to give us a high five, which made everyone laugh. After that we had the opportunity to visit with a family inside their home, and we learned quite a bit about their semi-nomadic life. This was one of the highlights of our trip to the area.

If you click on lightbox image below you will be able to scroll through larger versions of the pictures.