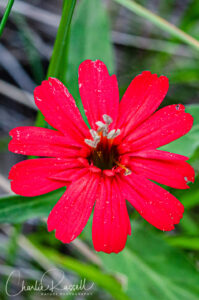 Clover Springs Preserve is a 250 acre property owned by the city of Cloverdale, in Sonoma County. It has an amazing wealth of wildflowers! There are several serpentine outcroppings, so there are a number of wildflowers you might not see in other spots. The Preserve has a nice mix of hillside meadow, chaparral, and oak woodland, along with a small creek. I’ve been wanting to visit here for several years now, and in June 2020 I finally got a chance.

I’ve found multiple names for this preserve, which can cause some confusion. In some places you will find references to Porterfield Creek Preserve (full name Porterfield Creek Trails Open Space Preserve). In other places it is called Clover Springs Preserve. I suspect that the Porterfield name is the original name for the full preserve (which includes Porterfield Creek) while Clover Springs may refer to a 25 acre extension near the entrance, but it is not clear. The names seem to be interchangeable.

The star of the show on this visit was the Coast range mariposa lily, found only in California. I love Calochortus! 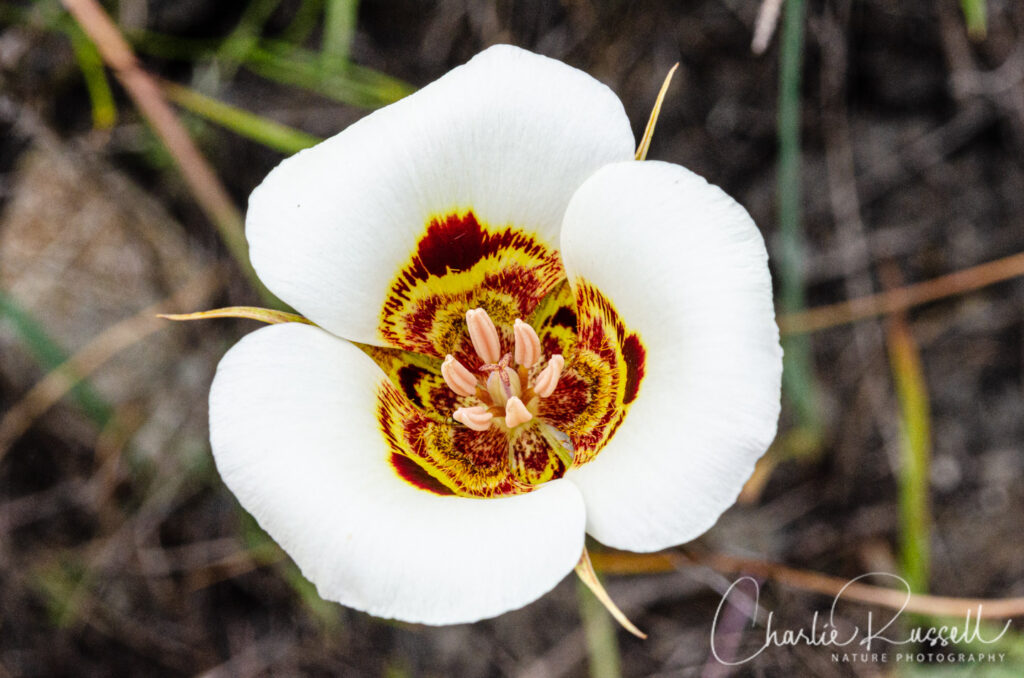 Very close to these we found a mass of beautiful Sonoma clarkia, one of two Clarkia species we found on this visit. 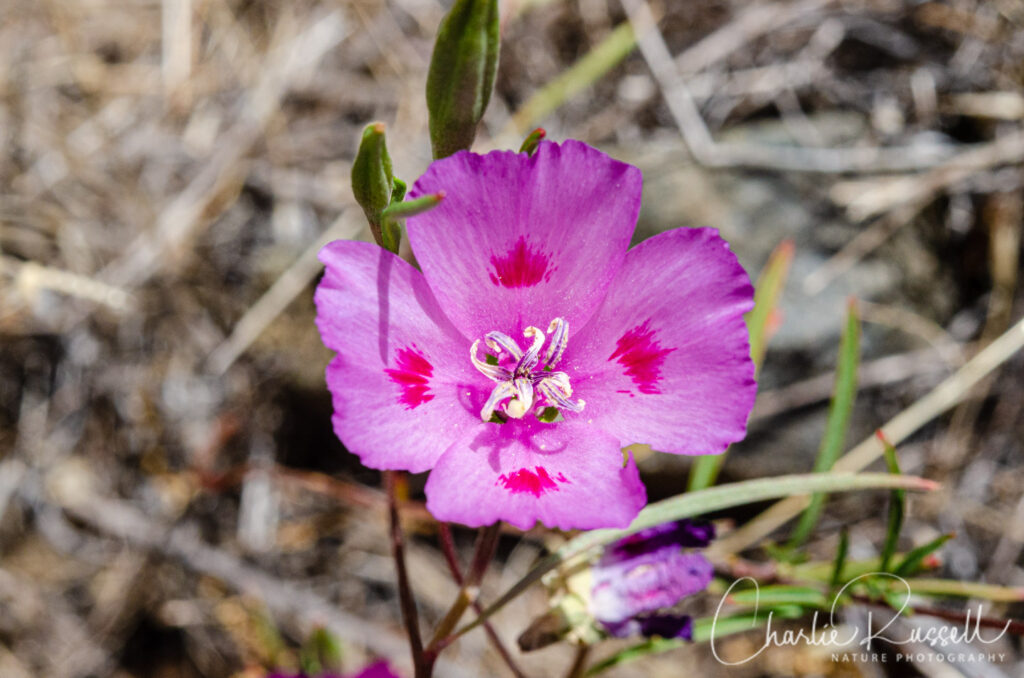 Near the end of the hike we found a single Leopard lily in bloom. It was the tallest I’ve ever seen! It towered over my head, and I had to reach up to get a photo. I heard that several more started blooming over the next several weeks. 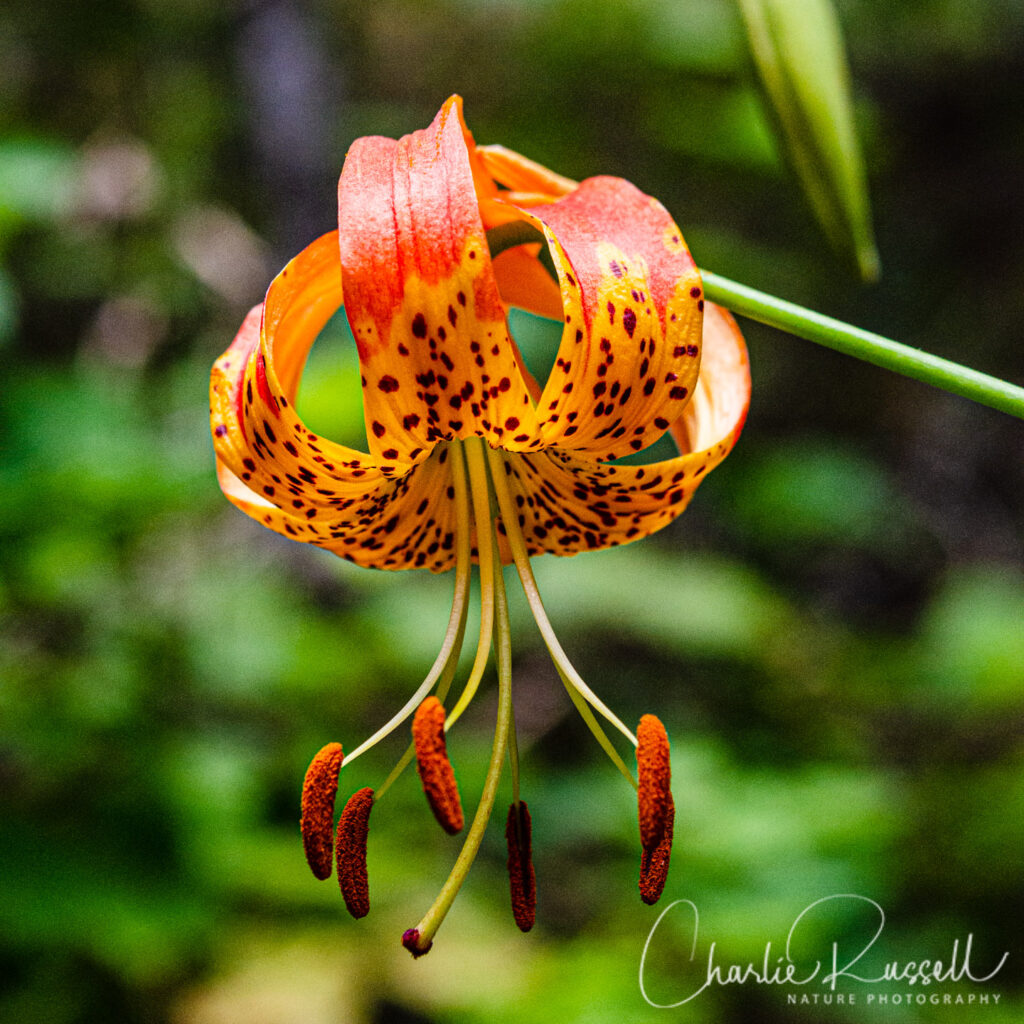 We found Diogenes’ lantern in several spots, but they were surprisingly small. Only about the size of my thumb, smaller than I’m used to. 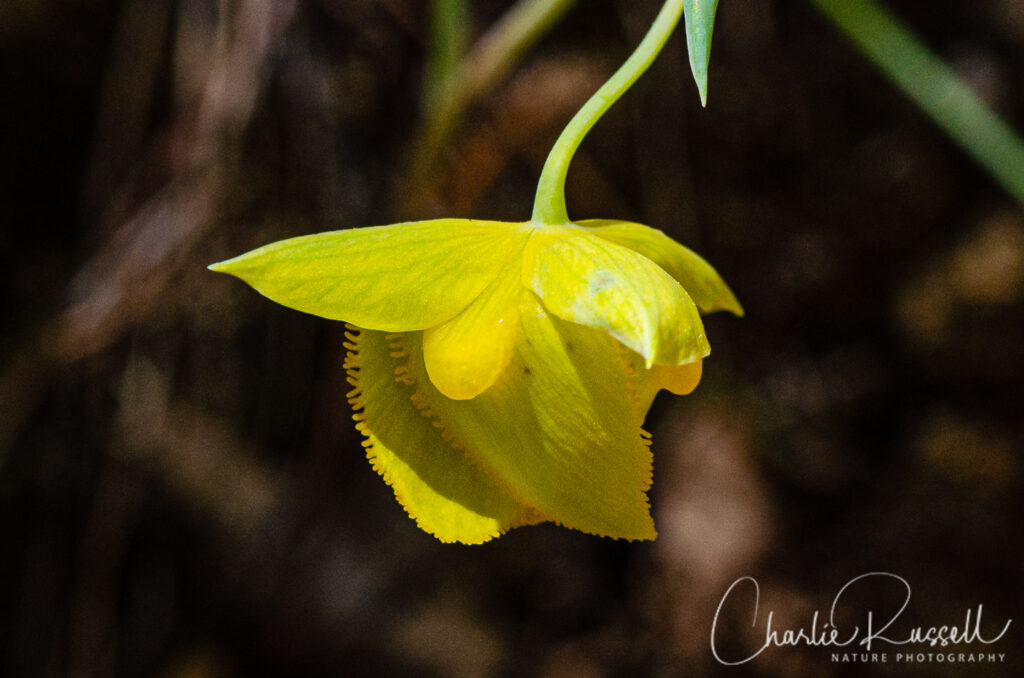 False babystars popped up in a couple of places. There were two colors, white and pink. There also was a white Bolander’s linanthus, which is closely related and hard to distinguish from this. 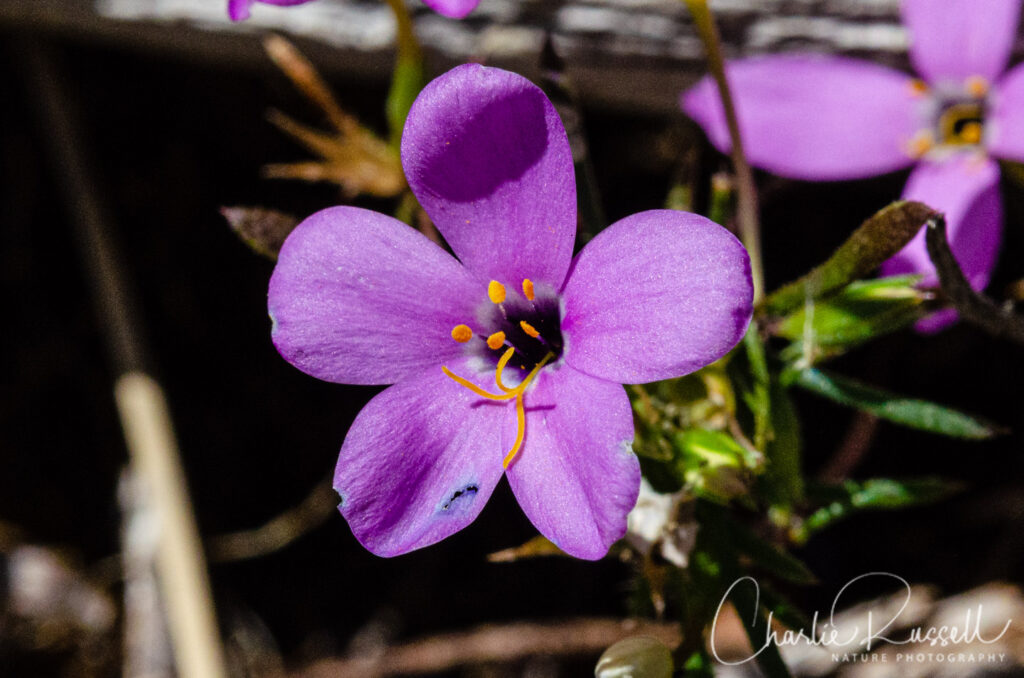 There are a number of loops that you can take through the Preserve. We spent most of our time on the inner loops, in the Lower Traverse Trail, Meadow Trail, and Three Bridges Trail. I’m not posting my usual interactive track because (1) we wandered quite a bit, so the track is hard to follow, and (2) I don’t want to post too many details about where some of the rarer flowers were found.

Copies of this map are available at the trailhead, and those copies have a QR code that you can scan to download to your phone.

The entrance to Clover Springs Preserve is at the end of Skyview Drive in Cloverdale, California (Sonoma County). There are parking spaces at the end of the road, you don’t have to park in front of someones house. There are no restroom facilities at the site. 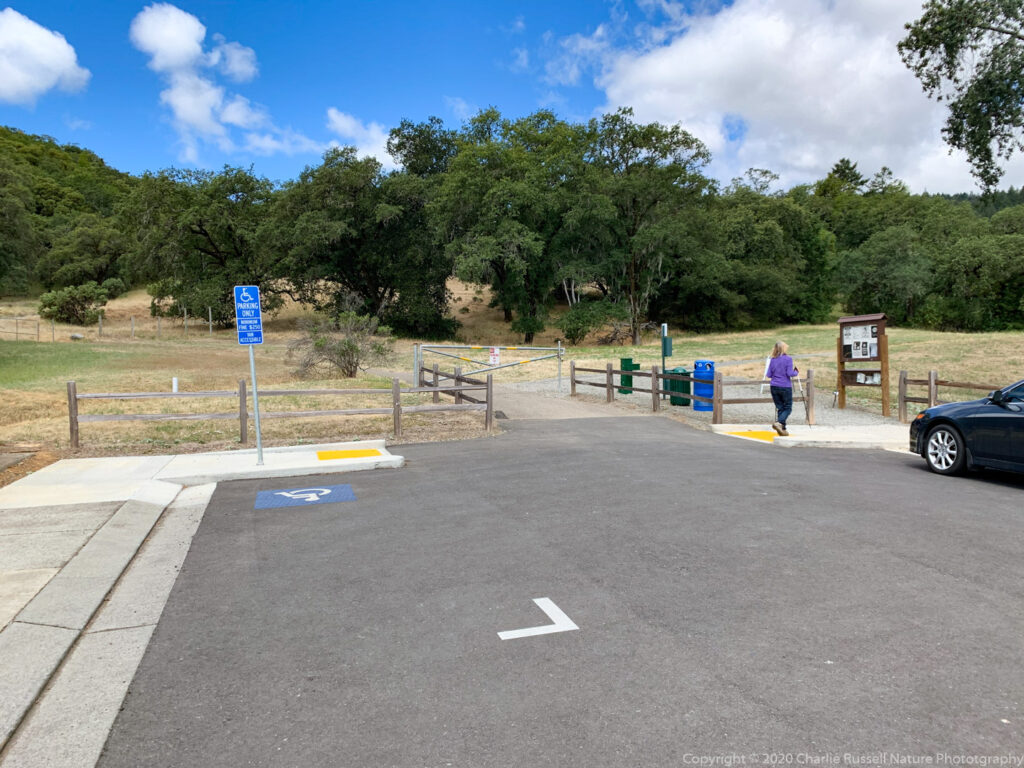 We started off going left on Tanks Road, which is paved. This becomes Craig Clark Trail as it starts to get steeper. After about a half mile we turned right onto the NW Link trail – there wasn’t a sign, but you’ll see a narrow dirt trail that heads off into the bush. Portions of this are nicely shaded.

Eventually you come out into an open grassy area that is called the “meadow”. Lots of interesting wildflowers here! At this junction we wandered along the Meadow Trail for a short distance (serpentine outcroppings here), but then we decided to continue further uphill on the Lower Traverse Trail. Keep an eye out for poison oak, which is abundant in some sections of the trails (but easy to avoid). 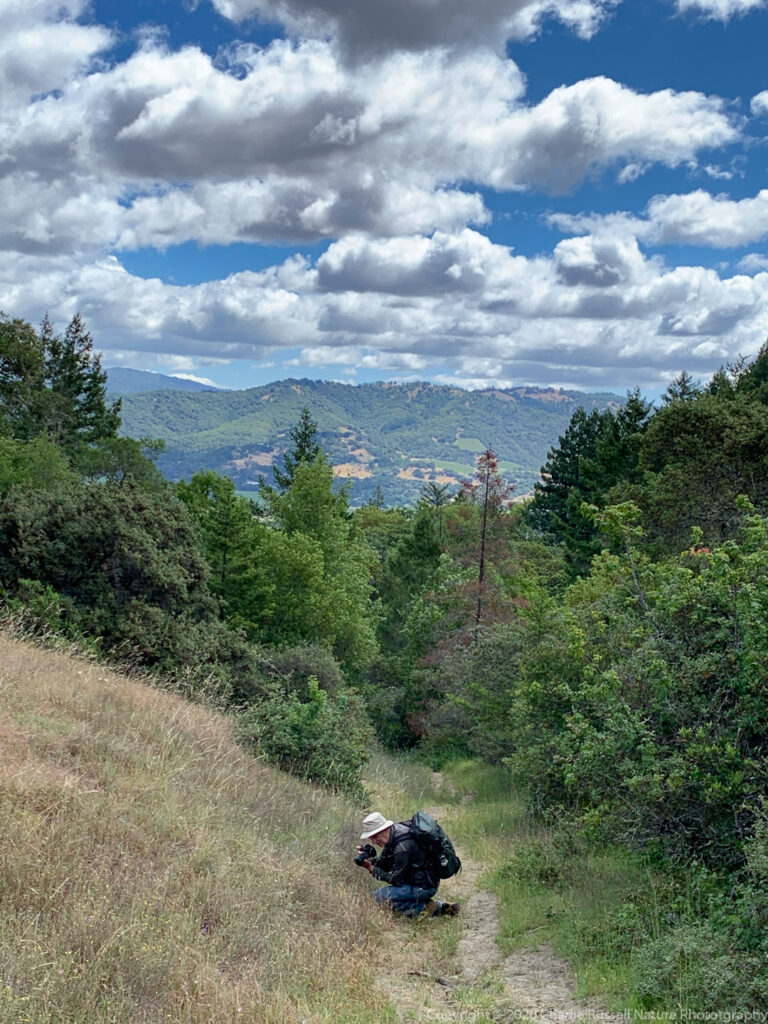 This trail eventually starts downhill towards Porterville Creek, where the trail is a bit steep and is very shady. The creek had very little water so it was easy to cross. From here we turned on to the Three Bridges Trail and on to the Tanks a Lot Trail, which takes you back to the trail head. Note that when this last part brings you back to the creek, look in the creek bed for Leopard Lilies (if your timing is right).

On the outer trails we met multiple folks out for a hike or walking their dog. On the inner trails (Lower Traverse, etc.) we were pretty much on our own.

This visit was in early June 2020. The weather was a bit windy, but temperatures were mild (low 70’s). There is a lot of shade here so it can be nice even with a warm day. I was pleasantly surprised to find this many native wildflowers this time of year.

The wildflower season here stretches from March through July in most years, with an ever-changing array of wildflowers. If you follow posts in the Botanical Wanderings group in Facebook, naturalist David Self posts pictures of wildflowers at this site throughout the year (referencing Clover Springs Preserve). David’s wonderful photos are the reason that I wanted to visit this site. Thanks, David!

The ones listed in color are endemic to California (that is, found only in California). “nif” means “not in flower”. The scientific name will be a link to a reference source such as Calflora.

As is common in wildflower sites in Sonoma that are near to “civilization”, there are a number of non-native flowers here. The following are non-native plants that we found on the hike:

Other interesting finds on this hike:

This entry was posted in California Wildflowers and tagged Rivers and Streams, Sonoma County.