Onion Valley is a fen near the Emigrant Gap area in Placer County that has an interesting variety of wildflowers. We visited this area in mid June 2020. It is easy to reach, you can drive right up to it on paved roads. It has a long flowering season, so you can visit multiple times to see the progression from early spring, late spring, and then early summer wildflowers.

A “fen” is a permanently saturated wetland. This one is essentially a wet meadow with water flowing in from the north and out the south, easy to visit if you don’t mind getting your feet a bit wet.

Note that a number of the photos here were taken on the drive in to Onion Valley from the highway, on Texas Hill Road. The road takes you through a variety of habitats, including dense pine forest and some very interesting rocky outcroppings.

I love Calochortus! There were masses of these low species at a spot on the drive in, as well as right at the fen in Onion Valley. 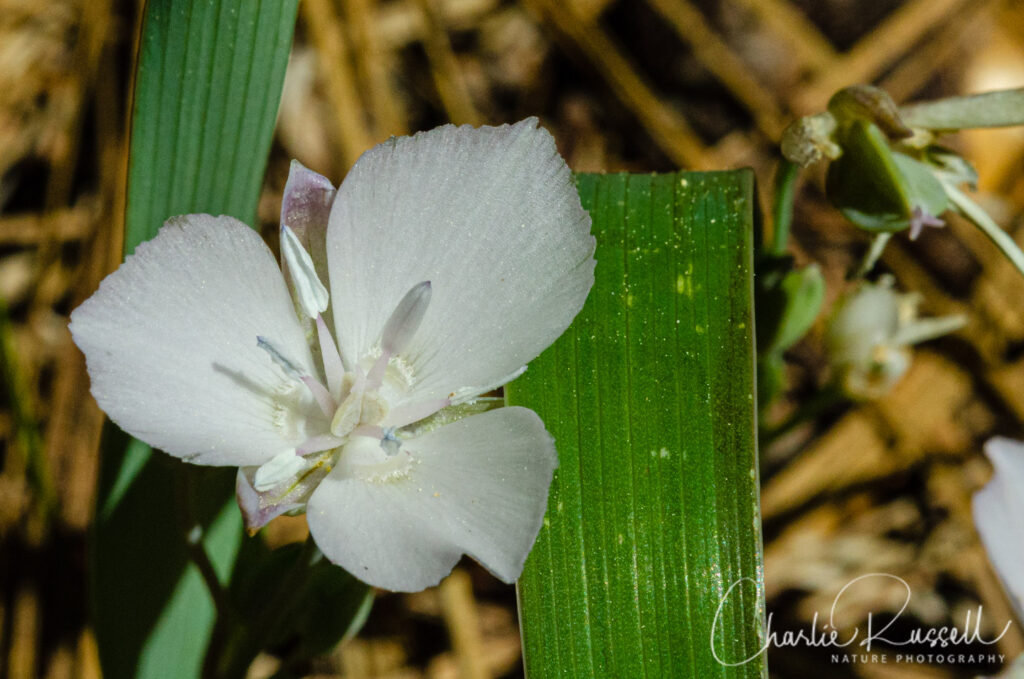 The confusing part about Calochortus species in this area is that most of them are a hybrid between two species. Sierra mariposa lilies are white, perhaps with a tinge of color. The hybridize with Naked mariposa lilies (see this photo from the Mt Shasta area), which have much more color. The hybrids are common from roughly Quincy in the north down to the Tahoe area. There are many subtle variations in these crosses (both of these photos are from the Onion Valley area). 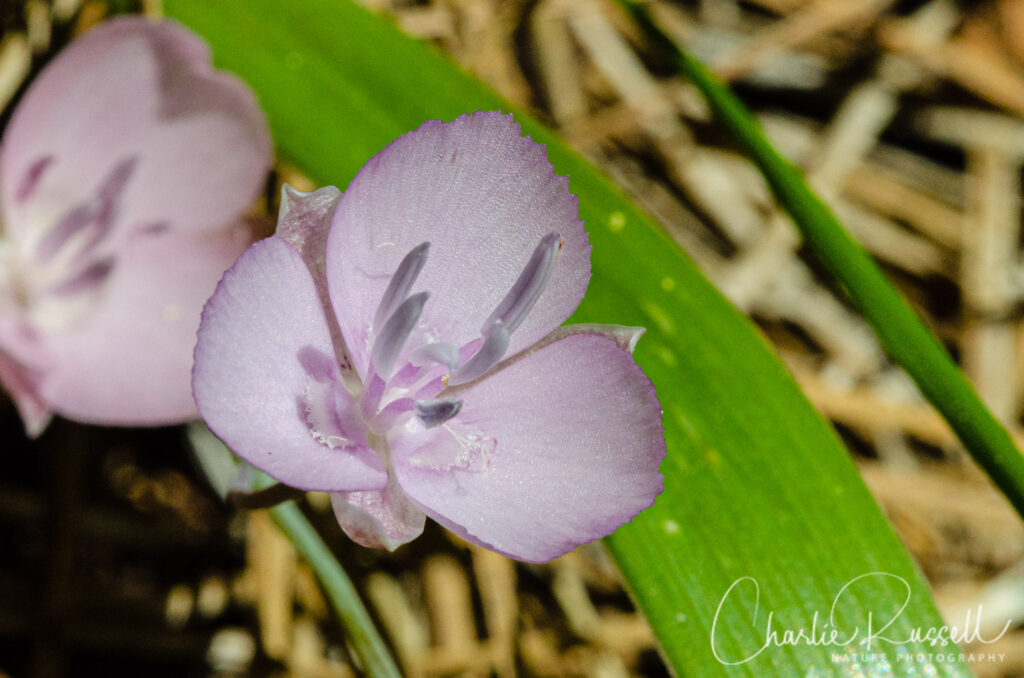 Hartweg’s iris were abundant across the road from the fen. They were just finishing up when we visited. 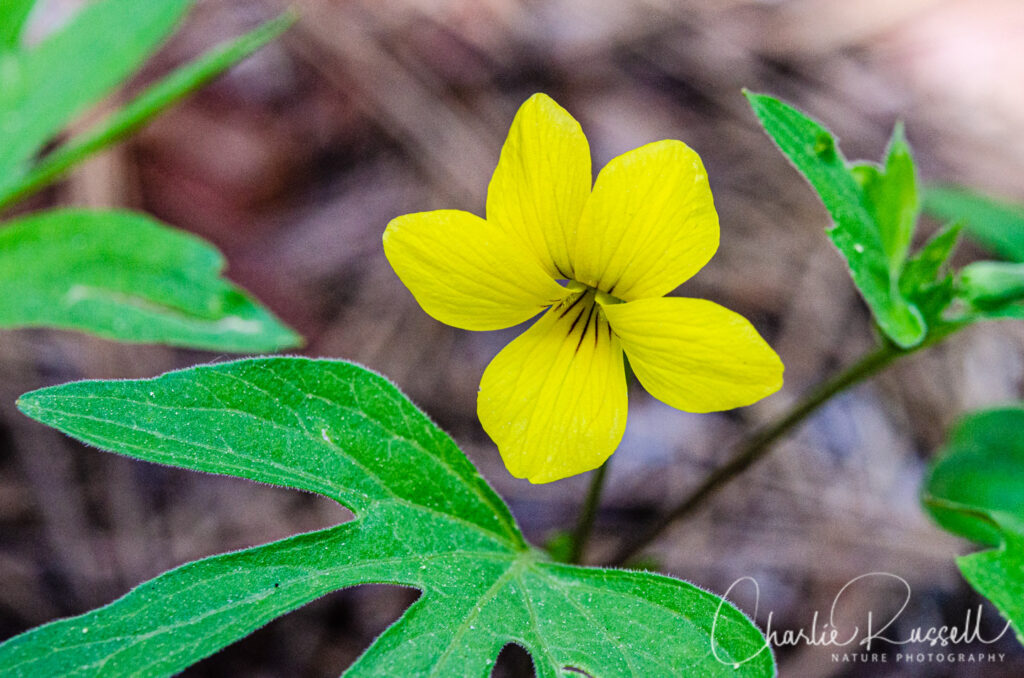 On the road in there are some rocky outcroppings, and here you may find Canyon liveforever. The blossoms of this succulent have very intense color. 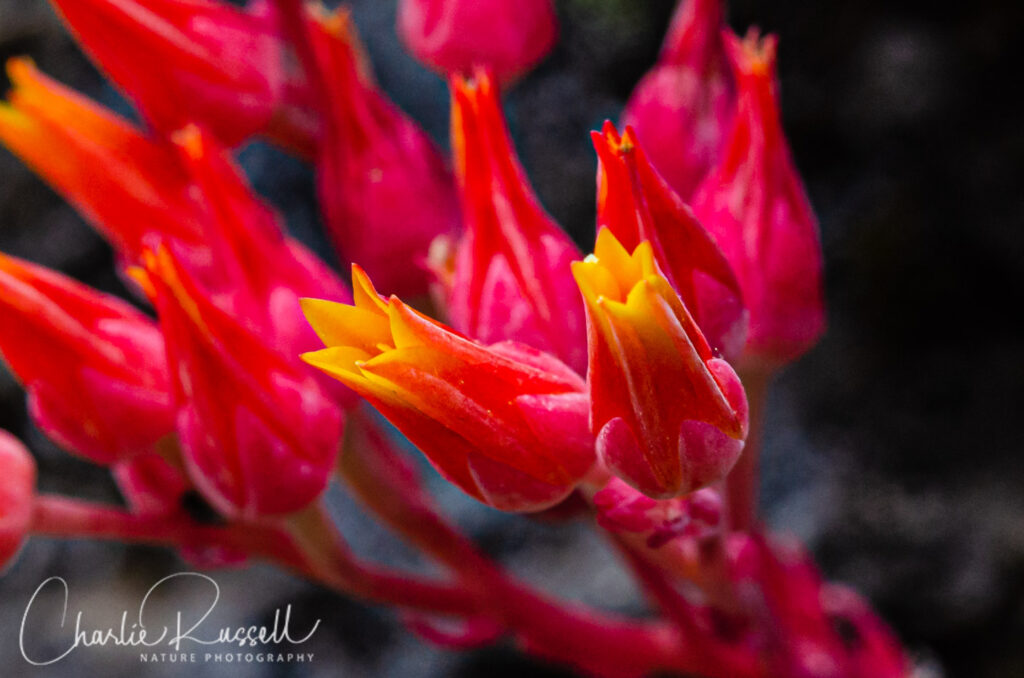 On the drier side of the fen we did find something of interest that wasn’t a wildflower: 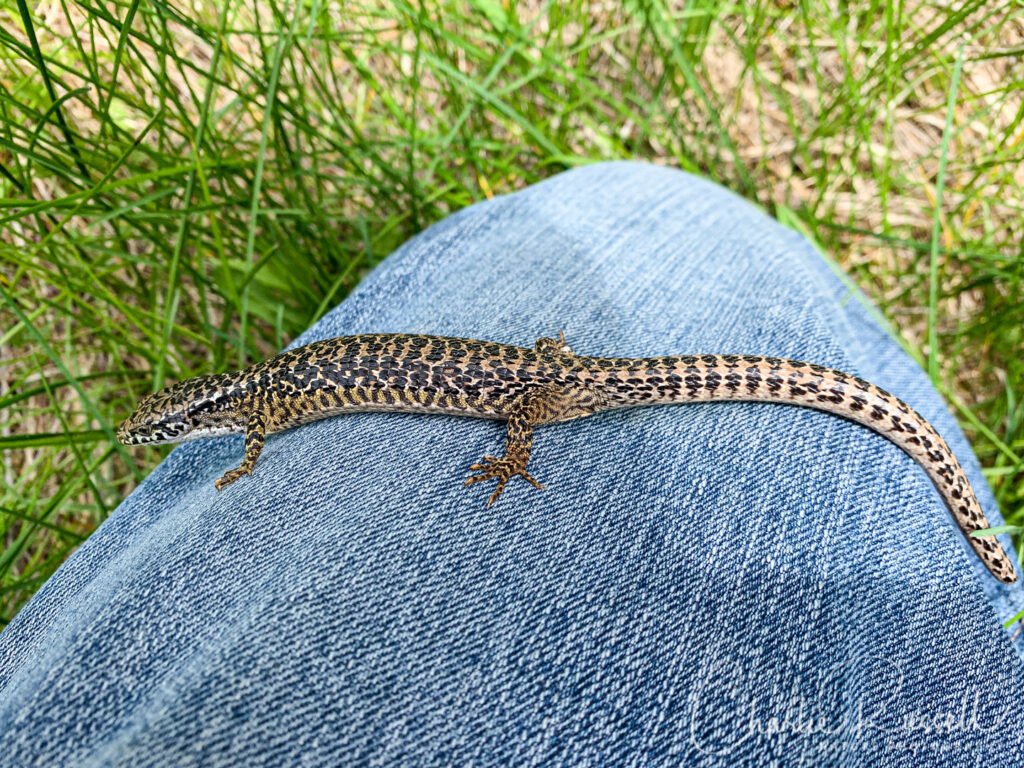 If you click on lightbox image below you will be able to scroll through the plants (and other things) that we found on this hike. All photos are available for purchase in a variety of formats.

This wasn’t a “hike”, really. Lots of flowers along the roadside driving in, and when you reach Onion Valley we parked our car, stepped out, and were immediately taking photos of wildflowers. The road runs right along the fen/meadow. 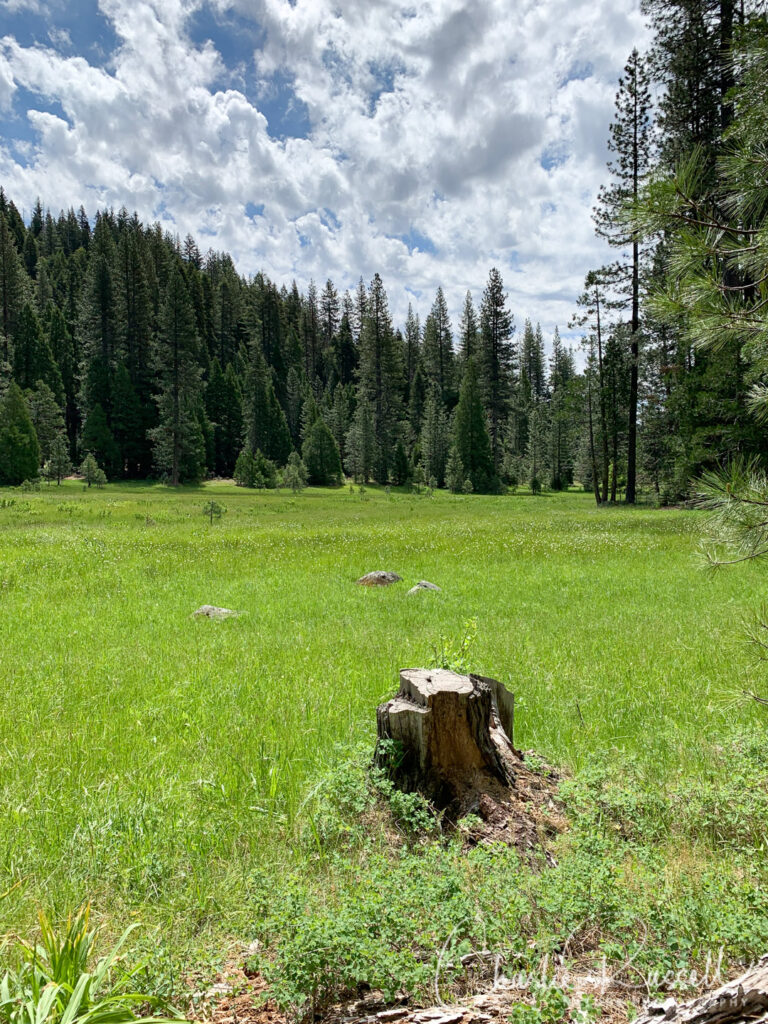 The view east over the fen, from our parking spot

We wandered about the edge of the fen, and took a few excursions in to find some special flowers. It is worth circling the fen and poking around in the trees along the edge, there were wildflowers in many places. Note that the far side (east side) is a campground, so don’t intrude in the campsites. We also found a number of interesting wildflowers west of the road (opposite direction from the fen), so don’t overlook that area. Lots of Iris and violets there.

If you search for “Onion Valley” in Google Maps you may be directed to a campground in Southern California. This one is on Texas Hill Road.

From Highway 80 take exit 158A (just east of the Nyack Snow Park exit). Turn right on the exit road and then immediately right again onto Texas Hill Road. You will follow this road for 7 miles. Keep an eye out for interesting roadside flowers, but note that in some places it is hard to find a safe pullout. The road is paved all the way but there were a number of potholes. It also is a narrow road, sometimes you have to squeeze over to the side to let a car from the other direction to get by. There was more traffic on this road than I had anticipated.

You’ll pass the North Fork campground, and about a half mile further on you will see the open fen (meadow) on your left. Park where you can along the road (there are several wide spots here).

If the campgrounds are open there are Forest Service vault toilets at North Fork, as well as at the Onion Valley Campground (continue on to a dirt road on your left, it curves around to the campground and toilets).

This visit was in mid June and the weather was moderate (low 70’s). The elevation is 4400′. There were surprisingly few mosquitoes, given that it is a fen. Some flowers were finishing up, mostly the early dry forest species. It was the peak time to see Calochortus, they were plentiful. Lilium species and Hastingia weren’t blooming yet. Plants that grow in the fen itself were just getting going. But, if you add in the flowers that we saw on the drive in, there was quite a variety of wildflowers on this visit.  I would say that you could start in May, but there wouldn’t be a lot of variety. Mid to late June would be a good time, and on into July (although at this elevation it might be hot).

We also came across: